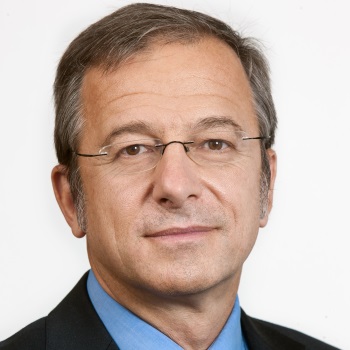 Since January 2009, Helmut Leopold is with the AIT Austrian Institute of Technology where he holds the position Head of Digital Safety and Security Center. In this role he is responsible for the ICT based research programme focusing on cyber cecurity, critical infrastructure protection and public safety. Before AIT he was for 10 years with Telekom Austria, the largest network operator in Austria in various management positions. During his assignment with Telekom Austria Helmut Leopold played a leading role in the innovation process of the company and was responsible for the digitalization and next generation network transformation program. He started his career as a research engineer in the field of high performance and broadband networking at Alcatel-Lucent in 1989. He holds a degree in Electronics and Communications from the Technical College HTBLV Rankweil, Austria and a he holds a Master’s degree in Computer Science from the Vienna University of Technology.